The entrepreneur is one of the most intriguing (and eclectic) characters in modern society–an ambitious spirit whose productive efforts often spill beyond the world of business and into the cultural realm. Indian-born entrepreneur, Nitin Khanna, fits this description to a tee. From managing one of the world’s largest cannabis oil companies to supporting local non-profits, owning and performing (as DJ) at a Portland nightclub and founding a niche mergers and acquisitions firm (MergerTech), Khanna has dipped his entrepreneurial toes into some of the most exciting and challenging industries on offer.

Perhaps most impressively, Khanna’s list also includes two giants of high culture: film and wine. Serving as a producer on award-winning films Terms and Conditions May Apply and What Lies Upstream, Nitin Khanna certainly has a knack for successful ventures. His passion for film has allowed him to work closely with filmmaker Cullen Hoback; producing two world-class documentary films in the process. A keen lover of wine, Khanna has also produced his own label of Pinot Noir, Four Handle, and is actively involved in the Oregon wine scene–sitting on the board of the Classic Wines Auction and contributing to events actively.

“I’m not a big idea guy,” Nitin Khanna said in a recent interview. My businesses are, at bottom, all about execution.” Reconciling this modest focus on execution with Khanna’s eclectic range of interests isn’t obvious at first. How can this entrepreneur involved in everything from government software solutions to film production claim he isn’t a big idea guy? “Execution holds the answer, and it only makes sense when viewed through a lens which ties all of his projects together: success. Whether it’s running a multimillion-dollar company or delivering on an idea for an insightful documentary–Khanna’s emphasis on ‘executing the plan’ is a key reason for the success which follows his many ventures.

Nitin Khanna’s first success in the world of film came with the production of an eye-opening documentary exposing the world of big data, technological corporations and privacy concerns. Terms and Conditions May Apply is an award-winning film, diving into the (disconcerting) details of our personal data usage online. “Google is essentially a $500 per year service,” one interviewee in the documentary claims, “That’s what your data is worth.” Directed by Cullent Hoback and released in 2013, the film foreshadowed the Edward Snowden controversy and misuses of the public’s information by some of the world’s largest corporations. With recent regulatory moves such as the introduction of GDPR, today it seems obvious that our digital data needs protection–however, at the time of its release, these abuses by major companies were still largely unknown and in need of investigation. In the film, Hoback even confronts Facebook CEO, Mark Zuckerberg; a precursor, perhaps, to the Zuckerberg hearings of 2018.

After helping to produce Terms and Conditions May Apply, Nitin Khanna went on to work with Cullen Hoback on producing his 2017 film: What Lies Upstream. The film received widespread positive acclaim, notably winning a Special Jury Prize for Investigative Journalism at the 2017 Seattle International Film Festival (one of America’s finest film festivals). Similar to Hoback’s other award-winning documentary, What Lies Upstream takes a critical look at suspicious corporate and government activities that trickle down to negatively affect the public. Revealing new information on crises such as the Flint Water Crisis and Elk River Chemical Spill, the documentary film uncovers poor water quality control practices in the US; describing how major corporations are not incentivized to avert major catastrophes like the Flint Water Crisis.

Success On the Grapevine

Khanna has been a long-time lover of wine. The Portland-based entrepreneur produced his own world-class Pinot Noir label, Four Handle, and has participated widely in the wine community of Oregon at a number of levels. From being on the Board of the Classic Wines Auction (one of the largest wine charities in the country that has raised over $50MM to help over 1MM children in the Portland and SW Washington area) to hosting an annual dinner for the charity, Nitin’s involvement with wine is active and showing no signs of slowing. While wine auctions and tastings have the added bonus of being fine networking events for business–it is a deeper love for wine and the process of wine-making which fuels Nitin Khanna’s engagement with the industry. 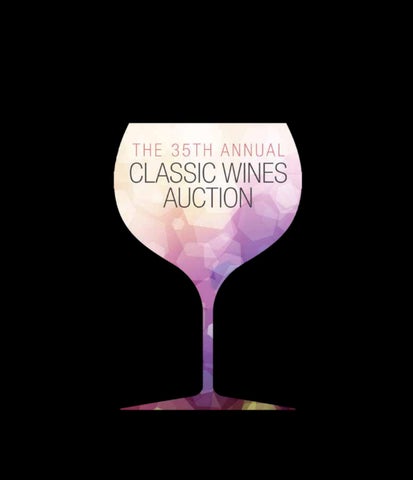 The Role of the Entrepreneur

Much of the hype surrounding entrepreneurship today is a recent phenomenon with a distinct flavor–focusing on ‘hustle’ culture, relentless production of content and (of course) the grind. While this has its place–and Nitin Khanna certainly couldn’t be faulted for his work ethic (a 5:30am alarm beginning his typical day)–the role of the entrepreneur in society has traditionally served a broader purpose than economic production. Khanna’s diverse portfolio of ventures reminds us that the entrepreneur can be a role model to society at large–contributing both to the community’s function through business-related activities and to its cultural progress. Nitin’s contributions to film and wine are prime examples of what the eclectic entrepreneur can really stand for; a beacon for positive, creative energy in both the business and cultural spheres.

Not everyone is in a position to fund and produce two award-winning films–and Nitin’s journey certainly didn’t start at its successful end. Born and raised in a small Indian village, Khanna emigrated to the US to complete two engineering degrees at Purdue University. From there, he was a self-made businessman. Founding his first company, Saber Software, a few years out of college, this first successful venture ended in a $470 million dollar sale of the company in 2007. The successful acquisition would inspire Nitin to found his current M&A firm, MergerTech–a boutique operation helping tech-based businesses deliver successful mergers and acquisitions.

A couple of short years after founding MergerTech, Nitin Khanna would receive an opportunity to join the exciting team at Cura Cannabis. In his time serving as CEO, Khanna grew the company to become one of the world’s largest cannabis oil providers–earlier this year, Cura Cannabis was acquired by CuraLeaf Holdings in the largest deal the industry has ever seen (valued at almost $1bn).

Broader than MergerTech and his for-profit efforts, however, Nitin Khanna is committed to entrepreneurship at all levels. Sitting on the boards for multiple entrepreneurial projects, such as non-profit TiE Oregon, Khanna has commented that for many years, his thesis in Oregon was, ‘to help as many startups as he can’. Always a believer in leading by example, Khanna’s efforts to foster a culture of growth and personal development have been at the core of his many ventures–his successes in the film and wine spaces are no exception to this. While business is a major part of his life, he also understands the importance of having passions outside of work to lead a balanced life. Perhaps producing two award-winning films isn’t on everyone’s horizon, but Nitin Khanna’s message and the journey is one which entrepreneurs from all walks of life can certainly look to emulate.

Daily Forex Report is your helping hand website that give you the each and every update about Forex trade. We provide you with the latest breaking news and videos straight from the Forex trade.
Contact us: info@dailyforexreport.com